After the 2018 Sumer Heatwave, the cyclists doing this year’s Beach2Beach ride for the CHO Charity Winstons Wish might have been worried about heat exhaustion during this year’s trip from Bournemouth, on the South Coast, to Blackpool.

In fact, the very opposite was the case, as the four-man team: Ian Budsworth, Tim Perryman, Chris Brennan and Pete Bass, slogged their way through wind, rain and storms to get to the finish under Blackpool Tower.

Ian said that from day one Monday 10th June it rained every minute of the trip except the last four hours, during the final ride into Blackpool. “We rode through an Amber weather warning on Monday and Tuesday and a Yellow warning on Wednesday and Thursday.”

“In summary, I’ve never ridden in anything like those conditions before, and I hope I never have to again. I’ve never been so happy to see Blackpool Tower.”

Ian said that the support and help given along the way was excellent, especially when the team stopped by the Winstons Wish office on Wednesday morning in Cheltenham, and he paid special tribute to ‘Big Al,’ the support driver, who was there to pick the team up after a long and wet day on the road.

“We had to dry our shoes, helmets, jackets and gloves and other essential every night with hairdryers, only to get absolutely soaked soon after starting out the following morning.”
It was certainly a ride that none of the four-man team will ever forget. The team raised a tremendous £4700 for Winstons Wish. Winstons Wish spokesperson Paul Moore said: “This was truly the sponsored cycle ride from hell, but we are enormously grateful to Ian, Tim, Chris and Pete for keeping going in such terrible conditions and making it to Blackpool. The money they raised will make a significant difference to young children dealing with bereavement.”

In all, the team covered 392 miles, stopping overnight at Salisbury, Cheltenham, Shrewsbury and Wilmslow. 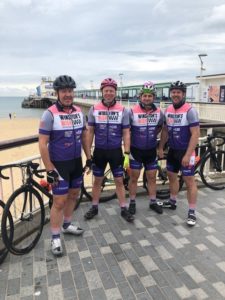 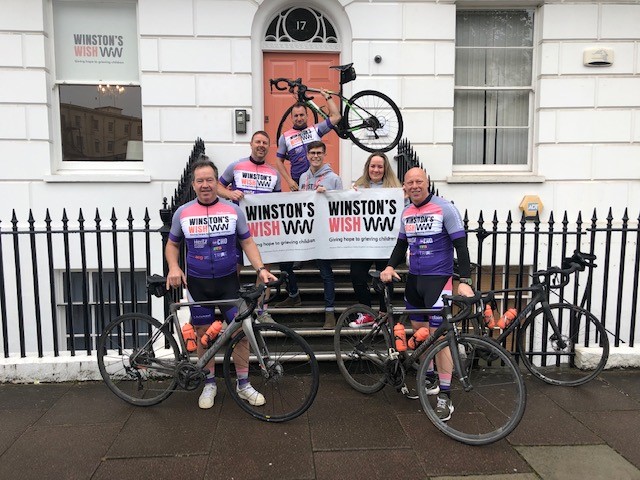 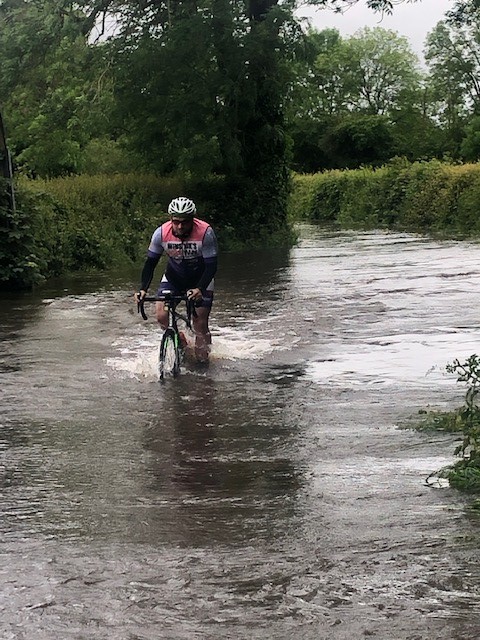 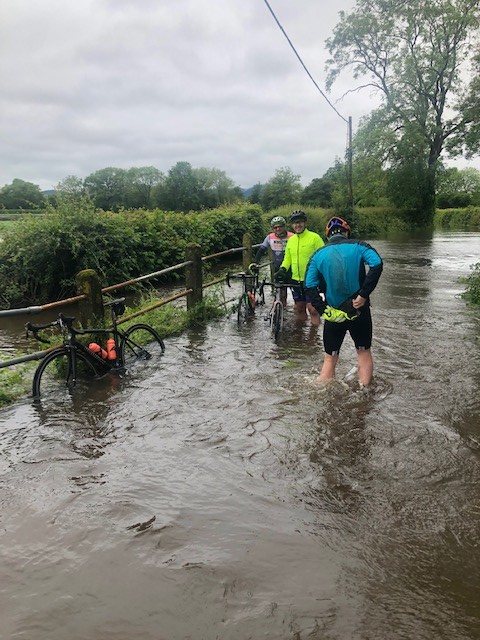 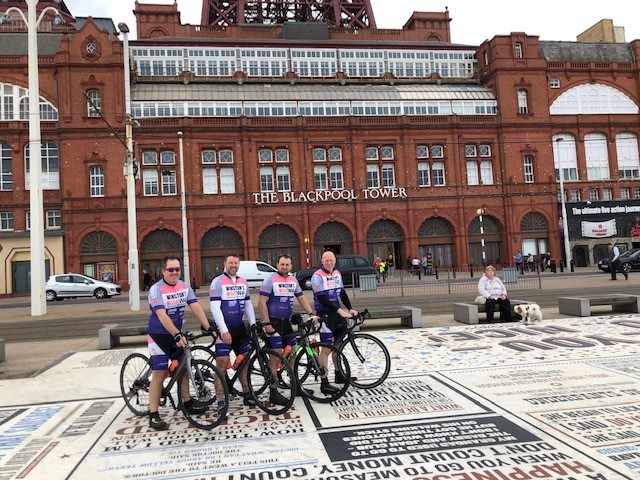